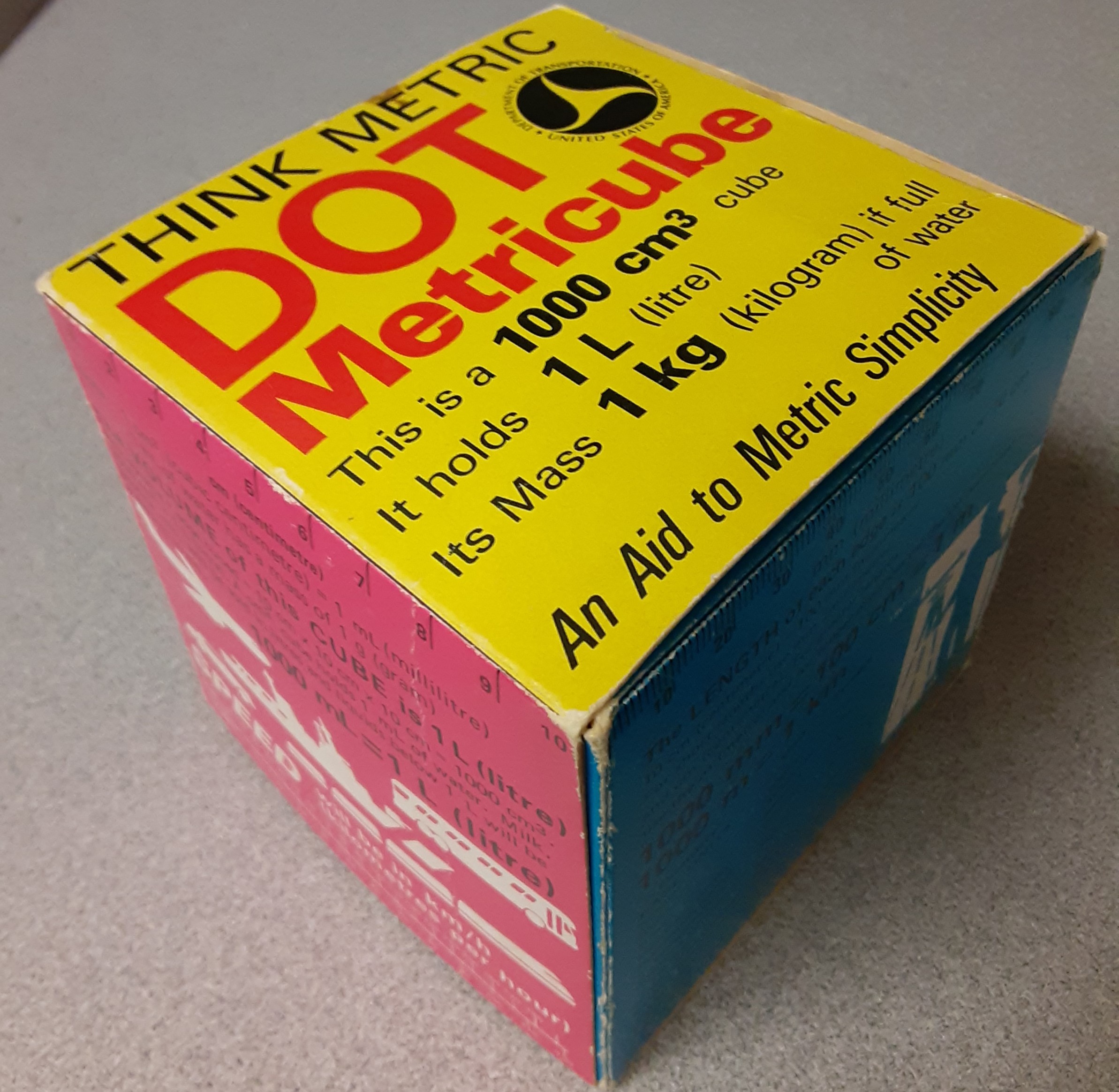 Safety Sadie and Other Mascots

There is a trend to use mascots and spokespeople (real or created) when developing public relations (PR) campaigns. I'm sure many of us can name several right off the top of our heads, thinking of commercial campaigns. Government agencies also use mascots and spokespeople in PR campaigns - think Smokey Bear and McGruff. My favorite being Sprocket Man. Here are a few of the lesser known ones.

Looks like Sadie didn't get her picture on this poster.

This is an example of a PR effort with lower production value.

I couldn't leave out my favorite.

Not all mascots/spokespeople are in cartoon form, but many are.

Here are links to guides about comics and government information.

It October - and time for spooky documents! 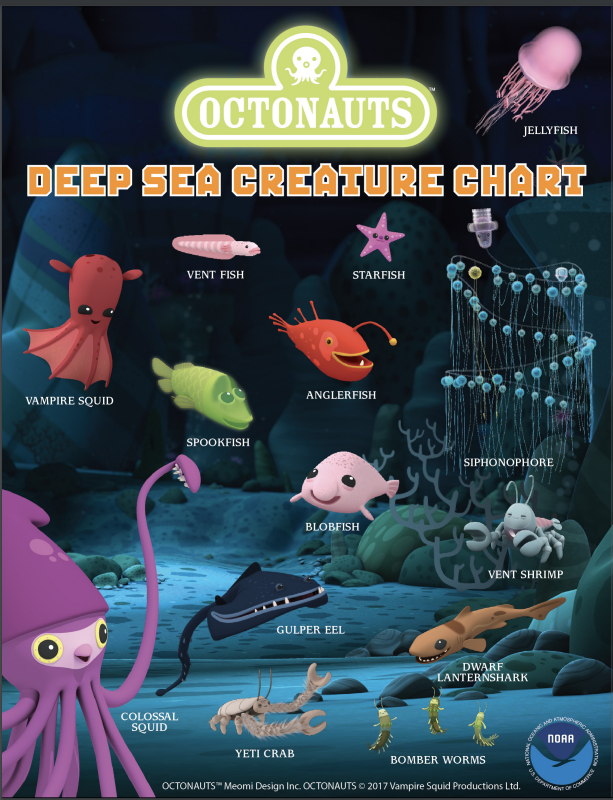 What lurks in the deep? Could it be a Vampire Squid? A Spookfish? A Yeti Crab? Check out the very cool Octonauts corner for some fun resources.

“If there is one city where you would expect to find stories of witches and ghosts, it would be Salem, Massachusetts. Are you hoping to experience Salem's spooky side? Join us as we explore histories that inspire some of Salem's most haunting tales!”

Sometimes a document can actually ghost you. Here is one item we've had a heck of a time finding.

Update: We located a copy thanks to Richard M. Mikulski at Portland State University Library! 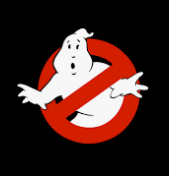 Who you gonna call?

And sometimes, you wind up in court.

Helen Ackley had claimed her Nyack, NY house was haunted - in local and national news and magazines, over several years. Jeff Stambovsky signed a contract to purchase the house. And Ackley didn't sign until her real estate agent disclosed the the haunting to Stambovsky. After the contracts were signed, Stambovsky met with Ackely and heard her discription of the hauntings. He filed an action requesting rescission of the contract of sale and for damages for fraudulent misrepresentation by Ackley and Ellis Realty - which was dismissed by New York trial court. Stambovsky appealed and lower court decision was reversed. The opinion of the court explained that the value-reducing defect was not physically visible, therefore undetectable with standard inspections - but the part often quoted is "as a matter of law, the house is haunted."

"Stambovsky v. Ackley, 169 A.D.2d 254 (N.Y. App. Div. 1991), commonly known as the Ghostbusters ruling, is a case in the New York Supreme Court, Appellate Division, that held that a house, which the owner had previously advertised to the public as haunted by ghosts, legally was haunted for the purpose of an action for rescission brought by a subsequent purchaser of the house. Because of its unique holding, the case has been frequently printed in textbooks on contracts and property law and widely taught in U.S. law school classes, and is often cited by other courts."

”CDC has a fun way of teaching about emergency preparedness. Our graphic novel, “Preparedness 101: Zombie Pandemic” demonstrates the importance of being prepared in an entertaining way that people of all ages will enjoy.”

The Metric System in the U.S.A.

According to The National Institute of Standards and Technology (NIST): "The United States is now the only industrialized country in the world that does not use the metric system as its predominant system of measurement." And yet, the United States has a history of using the metric system going back to the 1800s. In 1875, the U.S.A. was one of the original seventeen nations to sign The Treaty of the Meter.[1]

In 1960, the metric system was updated by the governing body, General Conference of Weights and Measures, and named Le Système International d'Unités or the International System of Units, abbreviated SI. In 1968, a three year study was authorized by Congress and conducted by the Commerce Department. This resulted in the report A Metric America A Decision Whose Time Has Come.[2] Congress passed the Metric Conversion Act of 1975[3]. While the act encouraged the use of the metric system, it did not mandate it. U.S. adoption of the metric system slowed down. The Omnibus Trade and Competitiveness Act of 1988 (Public Law 100-418)[4] mandated federal agencies to use the metric system when conducting business, by 1992.[1]

Pool safety is a concern that the U.S. Consumer Product Safety Commission (CPSC) has addressed over the years, going back at least to 1915. With recent research showing that children learn through play, the CPSC  interactive games to teach children about pool and spa safety. 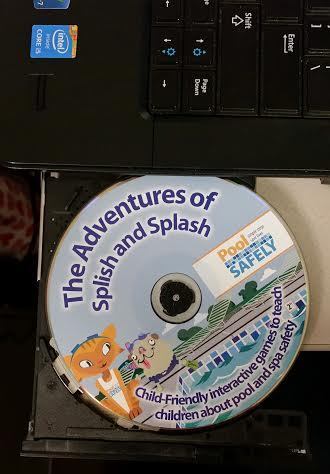 The Adventures of Splish and Splash : child-friendly interactive games to teach children about pool and spa safety. By, U.S. Consumer Product Safety Commission, 2016.

Available for download on Apple and Android devices from the App Store or Google Play. There are also Kids Activity Worksheets in PDF format that can be downloaded.

This site has sections for kids, parents, and grandparents. Splish and Splash, along with Laurie Berkner's Pool Safely Song, are featured in the Kids' Corner.

Included for historic perspective. Safety information is most likely outdated.

Get Ready for Holiday Entertaining with Government Publications

Many different government agencies have published recipe books. Here are a few recipes.

NOTE: Many of these recipes and methods are old and outdated. They may NOT be safe by modern health and safety standards.

Throughout the years, food safety has always been a concern (even if some of these older recipes don't reflect current standards).

Many government publications address ingredients for reasons other than food safety - such as war time rationing. 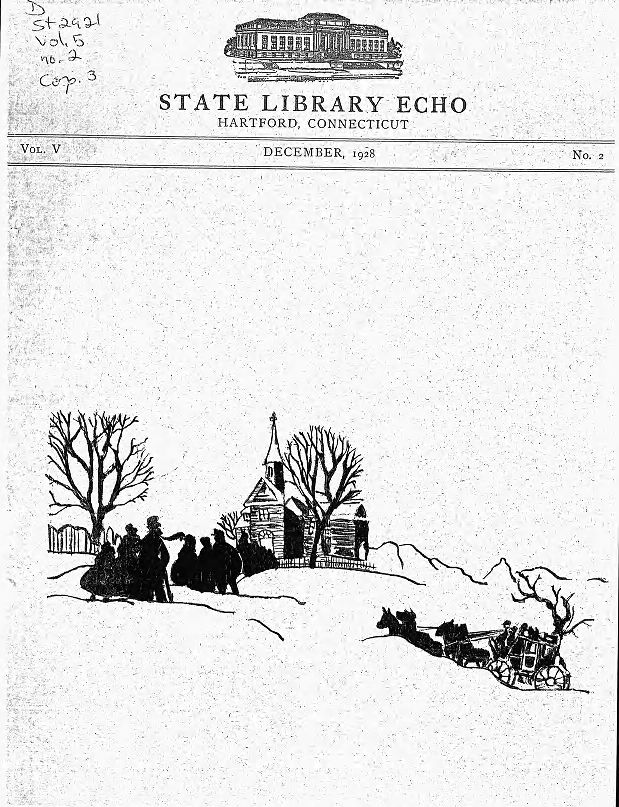 Snow on the Mountain

1 cup of nuts, 2 cups of pineapple,
two cups of white grapes, 3 cups of
marshmallows. Peel grapes, and seed.
Cut pineapple, marshmallows and nuts
in small pieces. The dressing:
Yolks of four eggs, juice of 4 lemons,
1/2 teaspoon mustard, 1/2 cup of whip
cream. Do not add whipped dream [sic] until
dressing is cold. Then mix together
with the salad. Place in ice box and
let stand overnight. Serve on lettuce
leaves with a tablespoon of whipped
cream on top of each and sprinkle with
paprika.
Tested and approved:
Minerva Norris

The Library of Congress is one of the best digital collections in USA - in my opinion.

They have many blogs for the different divisions - and these blog posts usually highlight great resources in LOC.

Rather than reinvent the wheel, here are links to other libraries' guides on food and nutrition. Just know, that these are not necessarily Weird or Wonderful. They just might be useful!

NASA has several jigsaw puzzles in the FDLP. Here is one example.

This puzzle is slightly harder than it looks - unlike most circular puzzles, it has a grid layout for the pieces. 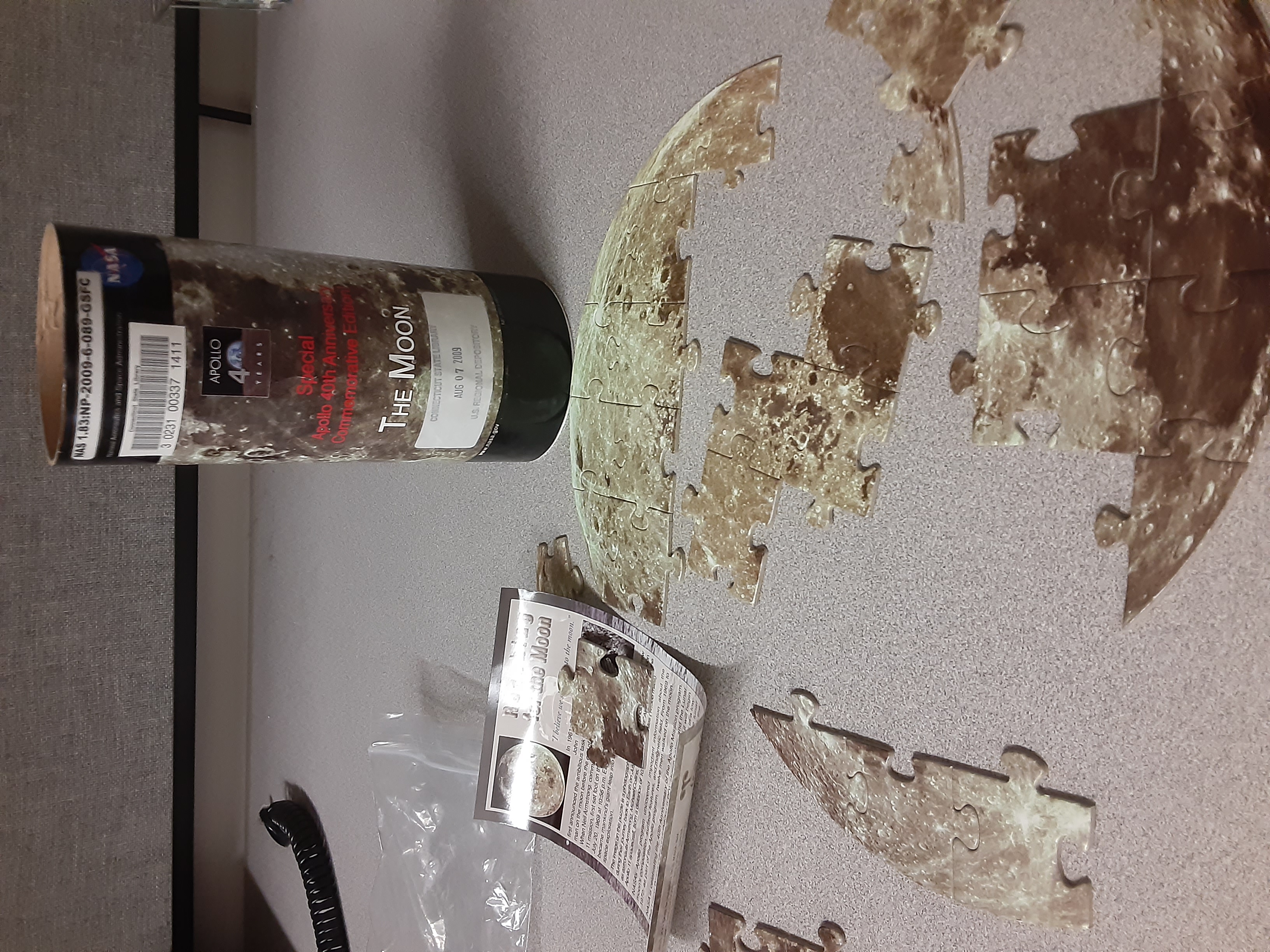 This library numbered the pieces on the back. 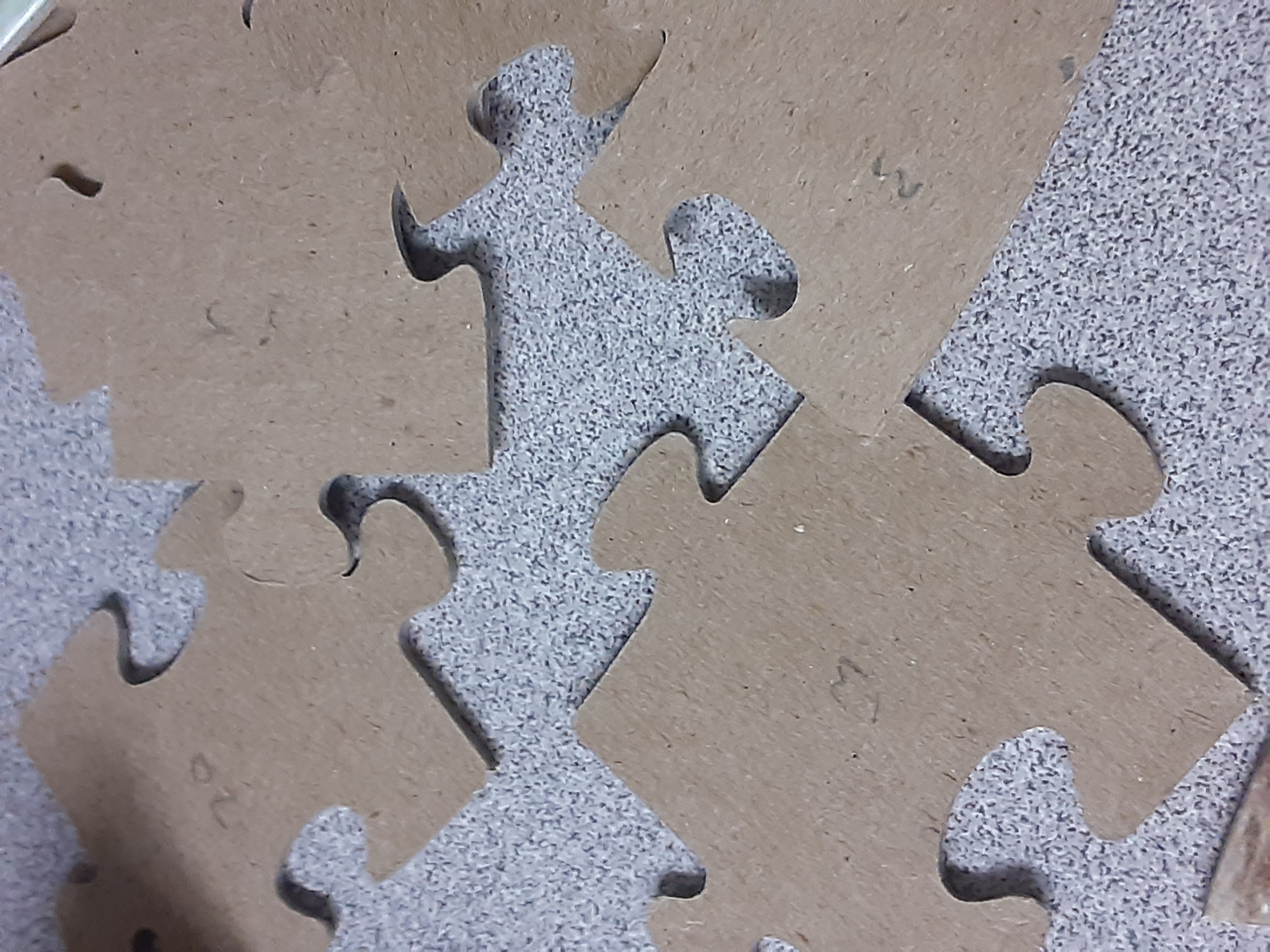 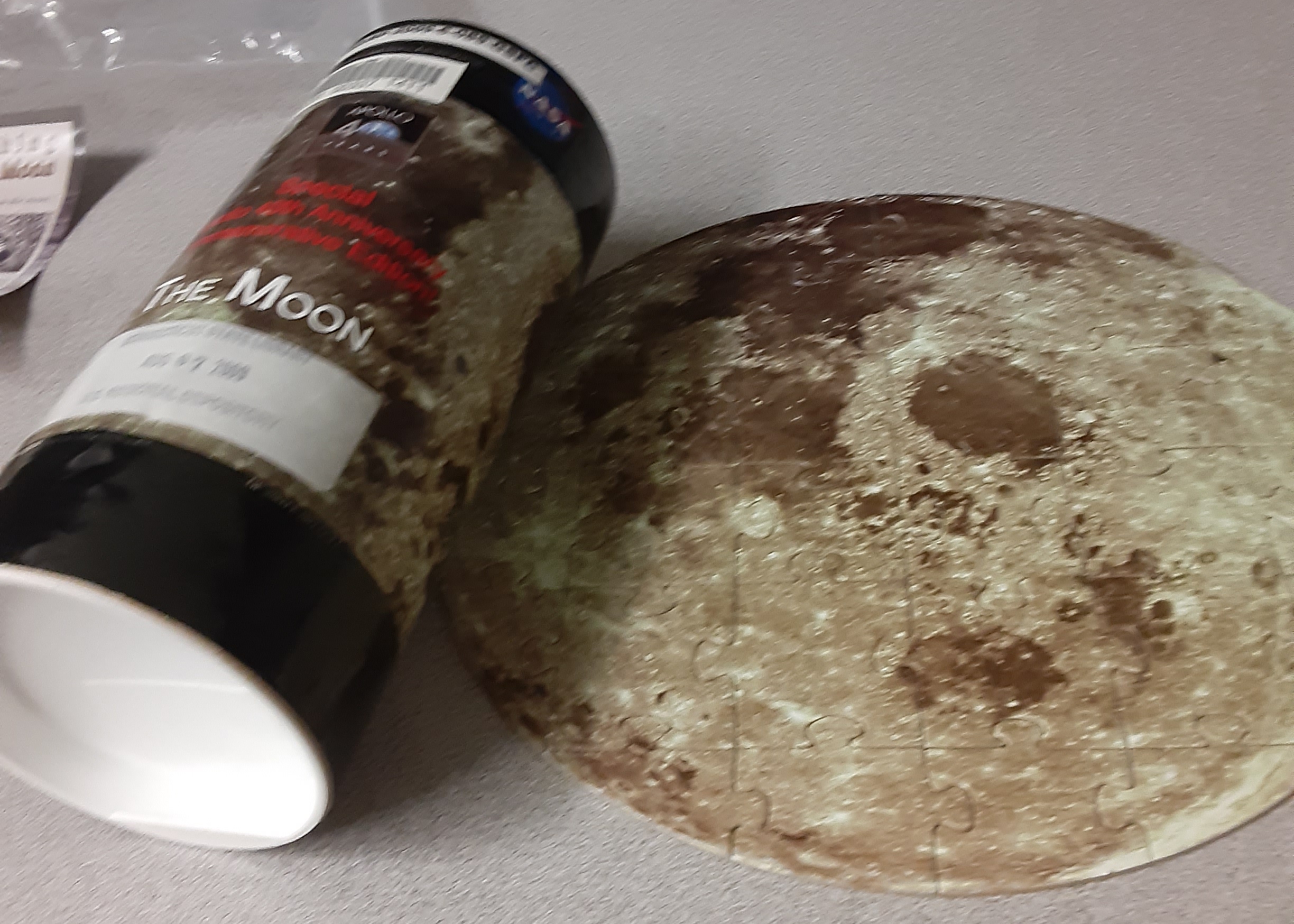 Tails from the Rails 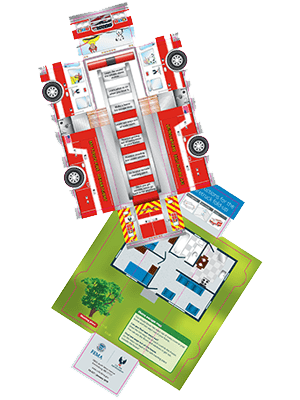 This downloadable activity sheet contains a fire safety word game and mazes that children can navigate to practice a home fire escape plan. The activity sheet folds into a firetruck. Recommended ages: 3-7. Available in English and Spanish.